Merlin is one of the world’s leading players of traditional Klezmer Clarinet.
Apart from his own ensembles, he has worked and toured throughout Britain and Europe. Budowitz, Frank London’s Klezmer Brass Allstars and Boban i Marko Marcovic.
He has been Musical Director for many theatres. The Royal National Theatre, Royal Shakespeare Company and Shakespeare’s Globe Theatre, London. Most recently he was Musical Director for Paula Vogel’s “Indecent” at the Menier Chocolate Factory.
“Merlin Shepherd is Britain’s finest Klezmer clarinetist.” Songlines
“A force to be reckoned with.” Time Out
“He colours and shapes every phrase…providing spiritual & emotional heart.” London Evening Standard 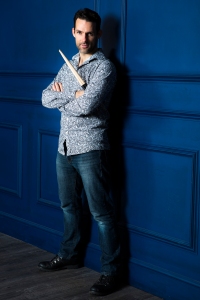 Guy is an expert in many musical styles and has performed percussion solos in many large scale productions. He has lead his own jazz and world music ensembles all over the world and has worked with some of the most renowned artists in pop and rock music. He has recorded for many network television programs; Where the Heart Is (BBC), Fat Friends (ITV), Glenn Miller’s Last Flight (Channel 4) and GMTV. Also major movie soundtracks including Paul Hyett’s The Seasoning House.
“Guy Schalom is one of the most versatile and interesting percussionists working in the UK today.” fRoots
“One of the UK’s leading percussionists…” Songlines
“Schalom’s mastery of this music is as out of this world as his mastery of the darabuka, both of which are breathtaking…“ Rich Rainlore 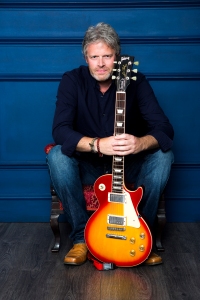 Glenn is a session musician, composer and producer of world music. He plays guitar and oud and specialises in flamenco and world music styles.
He has performed internationally with artists including Nitin Sawhney, Aref Durvesh, Sheikh Taha and Nizar Rohana.
He has collaborated with musicians from Nigeria, Sudan, India, Spain, Turkey, Israel and Egypt.
Glenn composed & produced the album ‘Sigh of the Moor’ by the Jadid Ensemble and plays in flamenco group ‘Calaita – flamenco son’ with singer Chico Pere.
“Glenn Sharp is a world class artist.“ World Music Network
“Glenn’s playing is sometimes beautiful, sometimes fiery and brutal.“ Streets Ahead
(Jadid Ensemble) “This simply gorgeous album leaves you wanting more.“ Songlines

Born in London, Simon has made his home in Brighton for the last 20 years. He studied jazz, modern and contemporary music at the Leeds College of Music.
He has toured and performed in jazz, folk and latin ensembles at many venues. The Moulin Rouge, Glastonbury, Celtic Connections and at Folk Alliance International.
He currently plays with two Brighton bands. 40’s swing band The Swing Ninjas and acoustic roots/folk group The Mountain Firework Company.
Much in demand as a player in and around east Sussex and the UK.

One thought on “band bios”